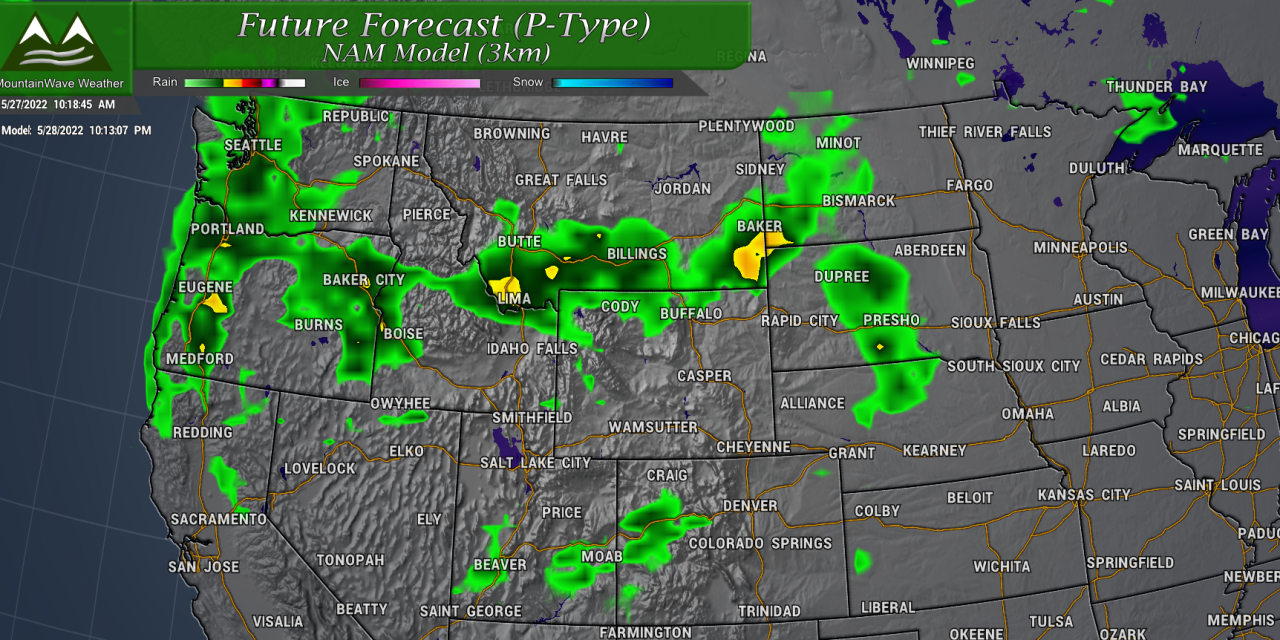 Most of this holiday weekend will feature very nice weather with warm sunny days and mild nights. Perfect for BBQ, spending time with family and friends, or just simply being outside. I say "most" because as we get later in the weekend the weather will change a bit and we will re-introduce gusty/strong winds (just in case you weren't tired of the wind yet this year) and chances for afternoon thunderstorms.

Here's the outlook for Castle Rock - add or subtract a couple of degrees for the Palmer Divide depending on your elevation: 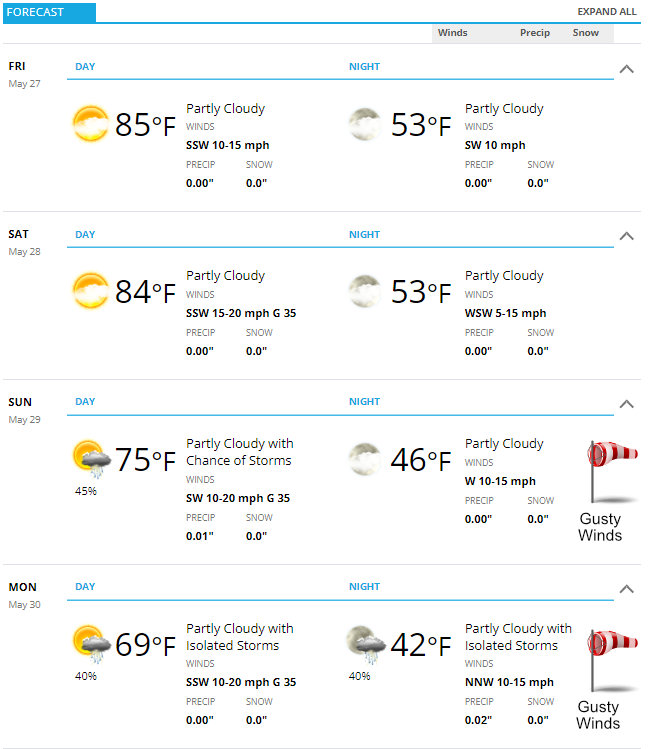 Play by Play/ Day by Day Travel Spots to Watch

Spotty showers will be possible on Friday, mainly in the mountains and foothills. These showers should be pretty isolated and shouldn't cause too much of an impact for travel. Not expecting any widespread travel issues in Colorado on Friday.

A storm system moving in on Sunday will bring unsettled weather to the state. In the mountains snow showers will be likely especially along the Continental Divide, North Park and Middle park. In lower elevations of the high country those showers will be more rain than snow with little bits of accumulation. Across the plains, the rain and thunderstorms will pop up a bit later in the day and will favor areas mainly along and North of Interstate 70, but we do see a bit of moisture possible as far South as the Palmer Divide and Springs. The further South you go, the dryer it will get.

The storm system from the North continues to affect the state on Monday, but colder air means a more widespread snow chance in the mountains. Across the lower elevation of the plains, rain showers and thunderstorms will be the primary threats with similar areas to watch as Sunday.

Really not anticipating a lot of travel issues Friday, Saturday and most of Sunday. If you are heading back from the mountains on Monday, be prepared for a slow go and a lot of company. If the temperatures stay warmer, you may not have much to worry about - but if they trend colder we could see road impacts in the high country.

I'll be taking the weekend off from weather-watching on Saturday, Sunday and the first half of Monday... but if any storms develop or any severe weather pops up - I'll try to send updated when and where I can. 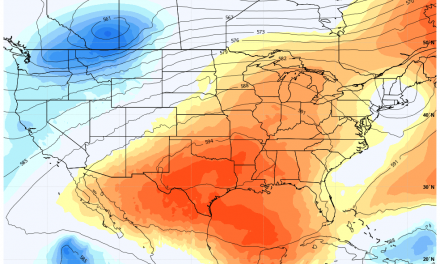 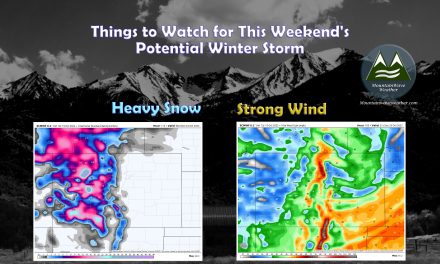