MountainWave Weather began in late 2014 in Castle Rock as a small website to forecast and discuss Colorado Weather online. With a brand new weather station mounted in his yard, John Braddock Founder of MountainWave Weather set up the site to forecast, discuss weather and keep track of weather measurements around Castle Rock. Braddock remarked, "Originally it was an outlet for me to put some of my forecasts out there and stop bugging my wife about it all the time. Needless to say she encouraged it!"

Over the next few months the website grew and evolved to cover that little slice of land between Denver and Colorado Springs that often doesn't get significant weather coverage from the TV stations. "Unless there is something significant go on, most news stations won't talk about weather along the Palmer Divide unless they're doing a special interest piece on the terrain or upslope or something, " Braddock said. "It's a shame since the terrain, features and micro climates can cause so many interesting and exciting weather phenomena within just a few miles of itself."

In 2020 and at over 5 years old, MountainWave Weather has grown into an accurate and reliable source for weather along Colorado's Palmer Divide and Colorado's Front Range. "I think people really liked my no-nonsense, no hype approach to weather forecasting. It's something folks really gravitated towards, but I've also met some amazing people in and around the area who are nearly or just as passionate about the weather as I am. I always enjoy talking to folks about it," Braddock said.

When asked about plans for the site in 2020 he said, "I'd like to keep it growing; doing a bit of what I've been doing mixed in with some new stuff. I'd love to start offering more professional services to small businesses for example where weather can effect their business or bottom line. It's going to be a fun journey, we will see what happens! 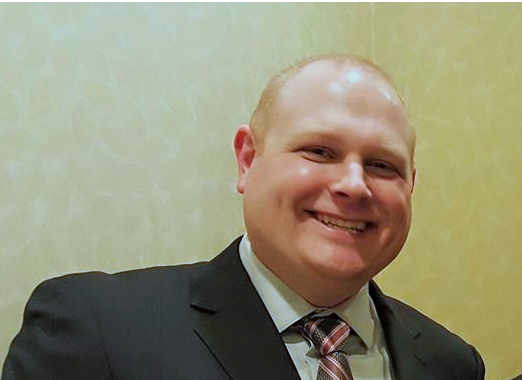 John has been interested in weather since he was 6 years old, this interest spurred by many high profile severe weather events in and around Denver in the late 80's and early 90's. Most of his early days were spent watching the Weather Channel religiously and a large library of Storm Chaser videos on VHS (including from Veteran Storm Chasers Roger Hill and Tim Samaras.)

John attended Colorado State University and graduated with a Bachelors in Computer Science (Computing Technology.) While in school, he took several atmospheric science classes, attended several meteorology laboratories and even got the chance to launch his first Weather balloon. In his final year at CSU he loosely storm chased with a group assisting Dr. Steven Rutledge with photos to match radar scans from the CHILL facility in Greeley, Colorado.

John's specialty is radar meteorology, mesoscale meteorology and severe weather. He is also very familiar with atmospheric dynamics in and around mountainous areas including mountain waves, clear air turbulance, winter storms and terrain induced weather phenomena. Some goals he has for the future are to improve his medium term and long term forecasting using climate modeling and mesoscale modeling.

John is often found storm chasing everything from tornadoes, to large hail to blizzards in Colorado and hopes to continue to build MountainWave Weather into a great community for Colorado Weather Enthusiasts.