A lot of people ask me, when should we get excited about a storm? Honestly, when I start to get excited about them, that's a good gauge 😉
As you see from the image above as the storm system continues to pull South and essentially fall apart for us, my feelings on this storm are expressed with the term 'meh'. This was a term coined by the Simpsons and basically is a sound uttered by Lisa and Bart that expressed disinterest or indifference.

If you've been keeping tabs on this storm with me for the past 3-5 days, you know I've never been too excited about it outside of the mountains. Storms with a strong jet throwing tons of moisture and lift against the mountains rarely pan out well for big snowfall East of the Divide and this one looks to be no exception. The fact is, a lot of very specific things have to set up just right for us to see a bigger snowfall event out of this and more often than not they don't.

So, this will be a quick post this morning, remember updated snow totals are through 5AM tomorrow, so if you don't see much snow this morning or early afternoon... keep in mind through Monday morning!

As the storm shifts the energy further South we are expecting very light accumulations along the Palmer Divide North of Larkspur. Areas to the South may still pick up a couple inches.

Some areas North of Denver saw snow accumulation due to heavy snow band, a Snow Squall Warning was even issued for a short time! Those areas shouldn't expect to see much if any snow accumulation today as this storm will mainly keep accumulating snowfall South of Denver. Even then, the amounts are not all that impressive.

Southern Colorado still stands to see the best snow accumulation with this storm. Most areas South of the Palmer Divide will pick up a few inches, but the area with the highest snow accumulation will be the areas in and around the yellow box. Areas mainly to the South and West of Pueblo (even along the I-25 corridor) will see several inches of snow accumulation going into late Sunday night and Monday morning.

Looking Ahead... Any More Snow in the Forecast? 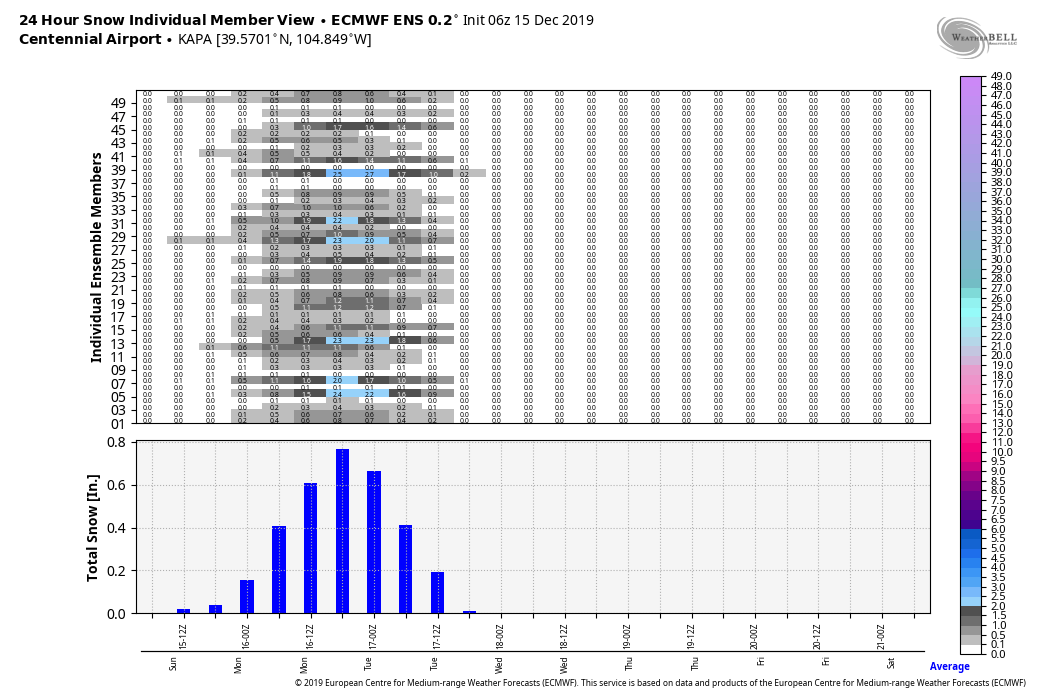 The blue bars you see are the expected snow at Centennial from the current storm. Notice the lack of them for the rest of the week and going into the weekend... can I use the term 'meh' again in this article? Snow chances look pretty slim for the next 5 days after this storm.

We will still have to keep an eye on Christmas week, some of the longer range models picked up on some sort of chance for snow awhile back but as we get closer and get a few more models in range it's not looking super promising. We will continue to keep an eye on the potential for a white Christmas around here but nothing super impressive at the moment.

Short and sweet, not much to this storm. Like I said earlier, regardless of where the snow ends up (0-2" for most of us along the Palmer Divide) this was not ever looking like a significant snow event for us. That's usually what I hope to communicate with my forecasts... I don't really care about snow totals too much, I care more about how it will impact folks.

Have a great Sunday, I will be away from the computer most of the day but I do hope to have the final snow totals from the ski areas up at some point tonight (probably very late) some of the amounts were impressive! 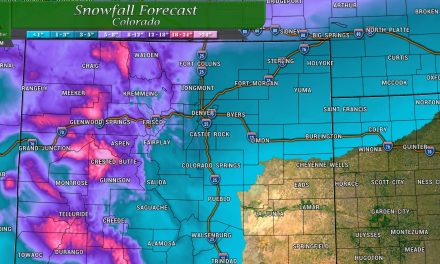 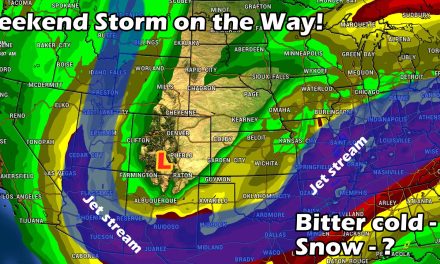 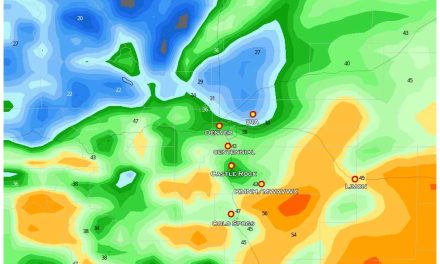