As we move closer towards the weekend the storm system set to impact Colorado is taking a bit better shape. It's a tricky one, as there looks to be more than one surge of moisture for the mountains, so they'll see multiple snowfall events with slight lulls in between. Meanwhile along the front range we're see growing confidence in the models for snowfall... in some places. Like I said, it's a tricky forecast, let's break down the details!

The storm set to impact the  mountains comes in a couple of waves, the first being Thursday night through Friday night.

If you have travel planned to or from the mountains during this time be prepared!

A brief lull in snowfall may happen for a short time Friday evening but a second wave of snow and wind will establish soon thereafter.

Yes, that is not a typo - storm total snowfall for the areas in the warnings could be between 22-36 inches for some areas! It will definintely make for great skiing, if you can get up there.

PSA: Travelling to the Mountains?

Can't stress this enough... make sure you have this stuff with you!

The major headache that has been snowfall accumulation from our models has only subsided somewhat over the past 12-24 hours as there still continues to be uncertainty with a lot of the major models on how much impact we see from this storm East of the Continental Divide.

Adding to the headache is the presence of the jet stream overhead as this storm system crosses the mountains, that means... you guessed it... the high chance of jet induced snowfall bands. This means that very specific (within a few miles width) areas could see significantly higher snowfall totals than what is originally forecast. But they are spotty!

We do see evidence of snowfall banding on a lot of the models, but as we usually see, none of them agree on where it sets up!

Here's what I mean, and these are 24 hour totals at different times so don't get caught up on the numbers, just notice the pattern... 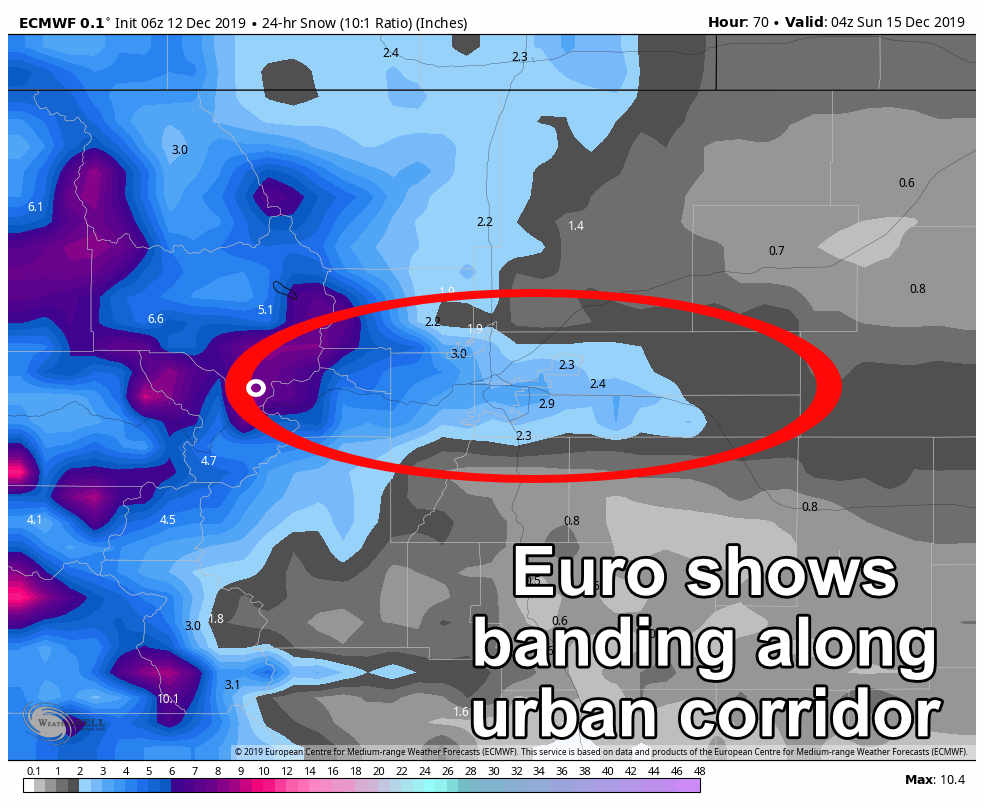 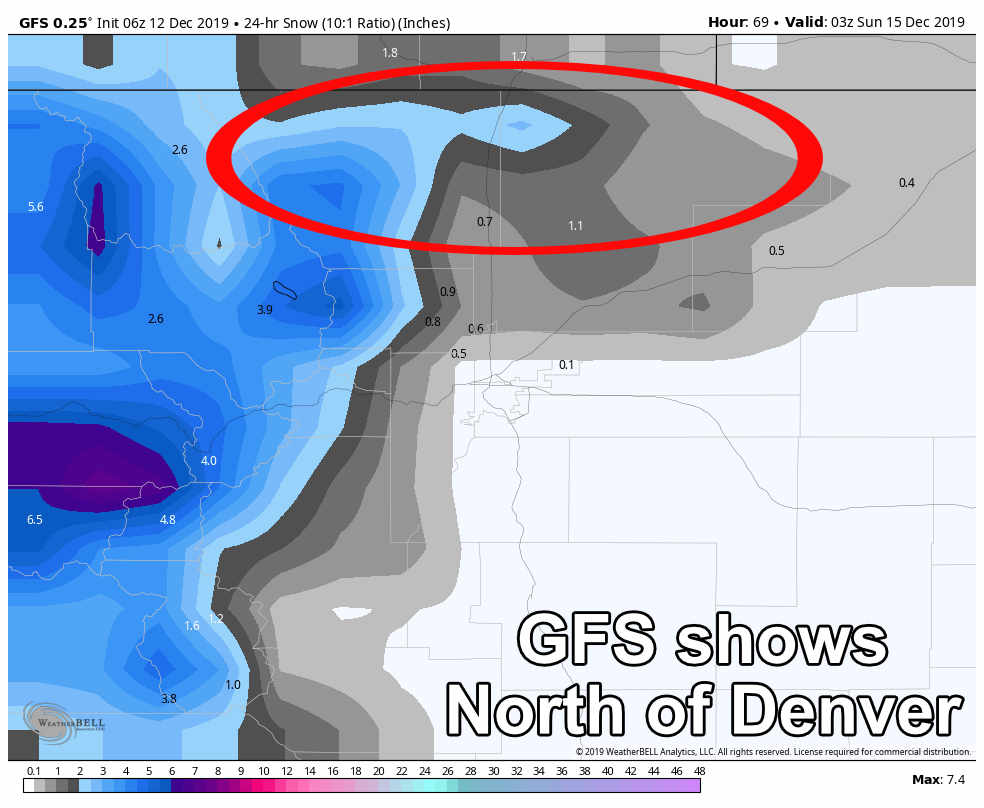 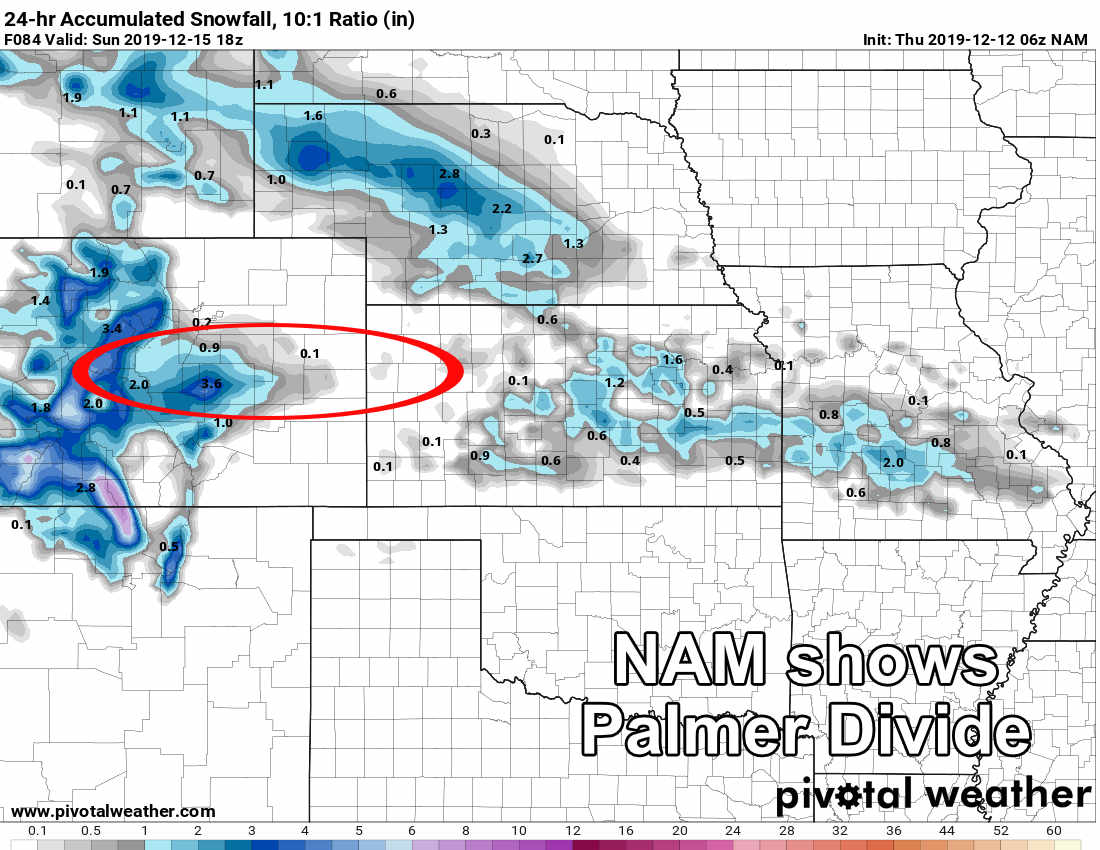 Models are great at predicting there WILL be snowfall banding. They cannot tell us where they set up, the duration they stay there and how intense they get... models are just not that good yet. What does that mean?

It means the forecast becomes very tricky because some areas will bust high or low based on where that snowfall band sets up...

That said... we can still take a crack at a snowfall forecast, but remember this early in the game... this forecast will change. I can almost guarantee it! This data is filled in based on GFS, EURO, what we can see of NAM right now  (just barely in range) and Euro and GFS ensembles. We tend to lean a bit heavier towards EURO solutions, but GFS has been doing relatively well this year too!

It's going to be busy around here through Sunday. I'll probably be doing a couple of posts per day on this storm system as I imagine it's going to evolve a lot over the next 24-28 hours. The mountain forecast looks good with relatively decent confidence so I don't expect a lot of big changes to their timing or snowfall totals.

The biggest changes in the forecast are still likely to be the front range and Palmer Divide. I suspect we will see the snowfall totals and timing fluctuate quite a bit as our modeling tries to get a handle on what this storm will do for areas East of the Divide.

Keep checking back here for updates and as always you can reach out if you have any questions! 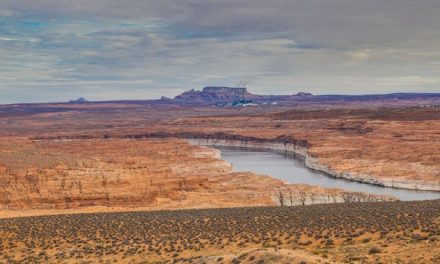 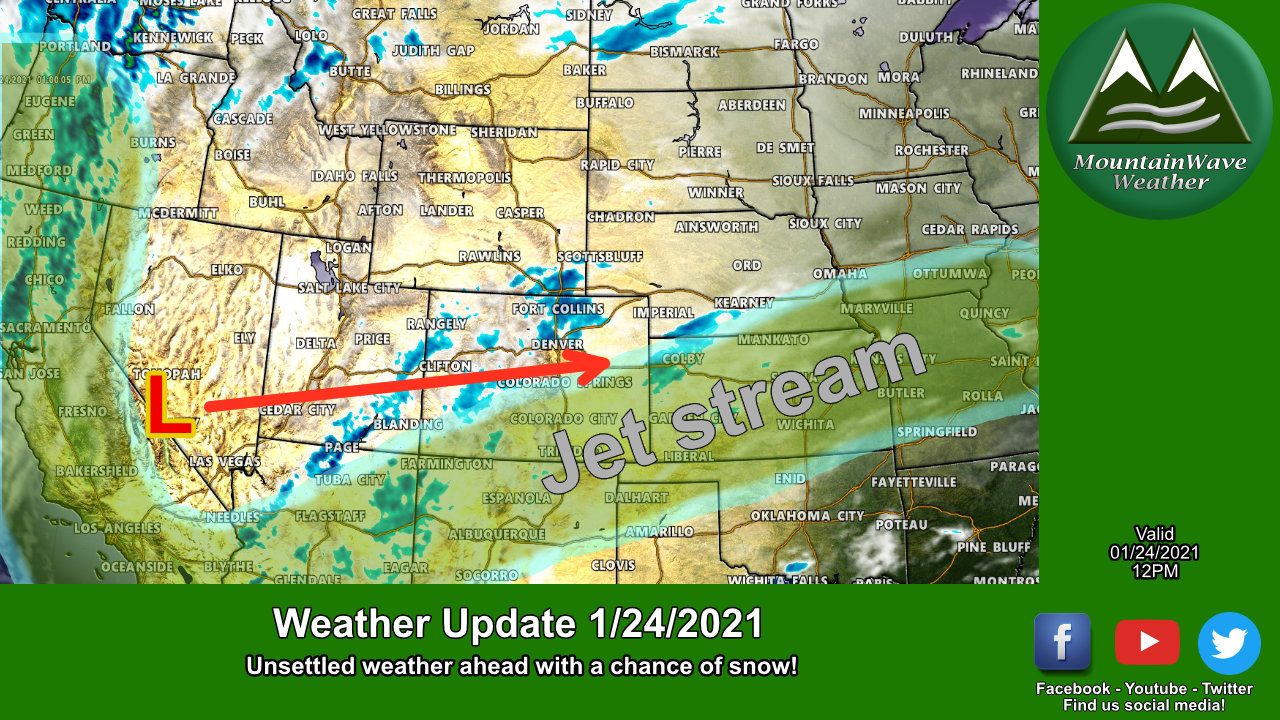 Monday-Tuesday More Snow on the Way!