As we continue Severe Weather Preparedness week here on MountainWave Weather, let's talk a little about how we can get an idea of if severe weather is possible, when it's coming and how widespread it could be. The Storm Prediction Center in Norman Oklahoma outputs convective outlooks for up to 8 days, but the day 1-3 are the most detailed.  Like a lot of forecasts, we can't get a good idea of finer details more than about 3 days out on any particular storm system and definitely not on smaller details like individual storm chances.

Several times per day, the Storm Prediction Center will upload a map and discussion pertaining to that day's severe weather outlook and risk. They usually look something like this:

For reference; day 1 is the current day... day 2 is tomorrow, day 3 is the day after tomorrow and so on. This is handy to know when looking at these maps. A categorical risk map like the one above will have different colors notating the threat level for severe weather. 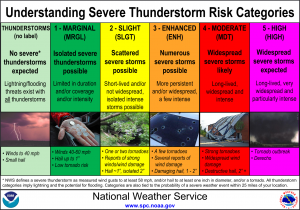 Categories and their meanings:

When you define severe weather for Colorado you have to include: wildfires, flooding, hail, wind, tornadoes - this means severe weather season is pretty much all year in our area. As we move into spring though, we start to see more thunderstorm related severe weather; more specifically hail, wind and tornadoes. With summer comes different threats like microbursts, hail, flash flooding and fires if it's a dry season.

Like most things with the weather, we like to play the odds game to see when/where we're most likely to see severe weather. The Storm Prediction Center has some handy graphics to help illustrate these things:

I took a snapshot of where we are right around this time in April. As you can see, highest probability of seeing any severe weather is still well to our South and East. Usually we don't have enough heating and instability in late April to see much of a severe weather threat never-mind a thunderstorm threat. It can happen though, we've had years where we've seen hail and tornadoes in April... it's just far less common. The image above shows that defined area pretty well.

As we move into May we typically start seeing more heating, more instability, a healthy dose of moisture and good wind shear compliments of the jet stream shifting from South to North. May is not the peak of our severe weather season but it is when things begin to wake up. By mid/late May we start to see more consistent thunderstorms and severe weather (during drought years though, this may not be the case.)

Finally, by early to mid June is when severe weather season usually peaks for us in terms of hail and tornadoes. This time is when the best chance of all ingredients coming together for thunderstorms and severe storms occurs. We usually have good moisture, strong winds aloft from the jet stream and strong heating and instability due to warm surface temperatures and relatively cool temperatures aloft leftover from late winter/early spring. 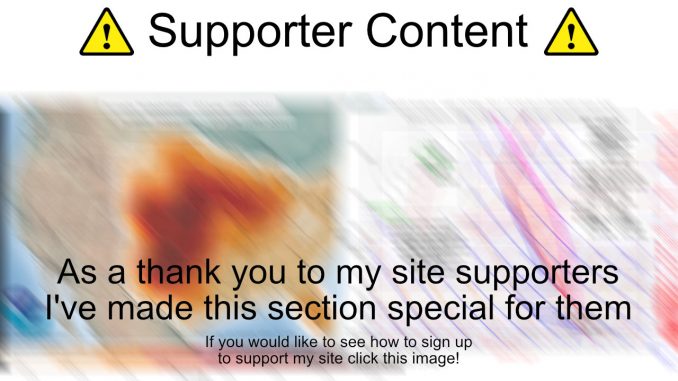 How to Check the Day's Severe Weather Threat

Here's quick timeline of how  you can know severe weather is coming in advance and what to watch for: 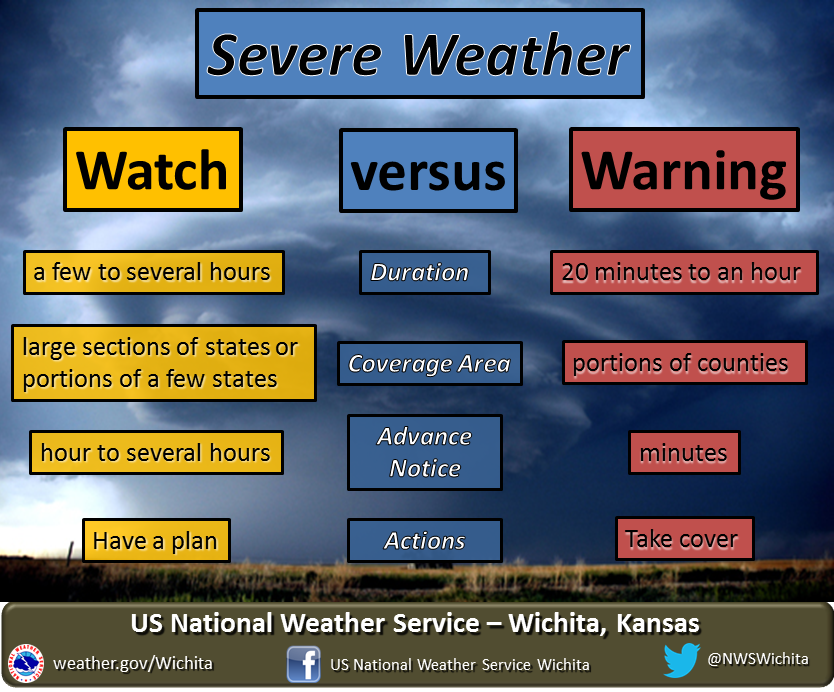 Know the difference between a watch and a warning;

About John R. Braddock 512 Articles
John R. Braddock is a NOAA/NWS Certified Storm Chaser and Amateur Meteorologist living in Castle Rock, Colorado. A graduate of Colorado State University with a Bachelor's in Computer Science and a Colorado native, he specializes in short range forecasting, severe weather and mountain weather dynamics.