Why Trying to Predict Snowfall Totals is a Bad Idea

A quick rant... why? Because it helps me feel better, if you just want the storm stuff, skip this section 🙂 I've been harping on some folks this week about throwing out snow totals way too far in advance... I probably shouldn't care. I should probably just move on and forget about it, but the fact of the matter is when people do this it makes them trust meteorologists a bit less each time when it comes out terribly wrong. It frustrates me, I know it shouldn't but it does!

Case in point, here were the snowfall amounts people were throwing around just a few days ago: See something like that and it's pretty easy to think, "wow, we are going to get hit!" One notable agency in Elbert County even latched on the hype and started telling people out here to prepare for a major storm. When I called them on it they got defensive and told me that had reliable forecasts from someone who had been doing this for years. My point here is not to boast or brag, the point here is that where you get your weather from matters... it's easy to get caught up in the hype, especially with the dry year we've had so far. (if that agency is reading this, I'd be happy to work with you in the future for more reliable weather forecasting... if not that's cool too but I will call you out on bad meteorology...)

This brings me to my final point and I'll be brief about it... Don't believe the hype! We don't hype stuff at MountainWave Weather; we give you a cool, calm, collected and realistic view of what is going on. Based on sound meteorology and good forecasting... if you need to be worried about a major storm we will let you know in advance. If not, we will give you the details on what to be prepared for or tell you not to worry about it!

As of this morning, the storm center is just beginning to move onto the coast in the Pacific Northwest. We can clearly see the trough and associated wind and vorticity profiles in the image above. As we've discussed, the track this feature ultimately takes will mean a big difference for snowfall chances in Colorado.

There is still a decent amount of uncertainty between models, originally only the GFS and Euro were in range, but as of this morning the NAM is now picking up on the storm. Unfortunately, the addition of some of the shorter range models hasn't helped us out a whole lot in regards to what this storm will do. GFS predicted snowfall through Friday. Remember that image above of 12+ inches? That's the GFS run from this past Friday... So to summarize these models; they've all shifted to a lower snowfall solution for the front range of Colorado. While that takes a lot of wind out of our sails for a major storm, we still can't completely count out a bigger snowfall event. Mainly because our storm still isn't on shore yet, models don't have a lot of good data to digest which means we will still see some flip flopping. That being said, it is looking less and less likely we see a major impact storm along Colorado's front range with each consecutive set of data.

Here's what the models say for snow for areas along the Palmer Divide as of this morning:

**Keep in mind, these are preliminary numbers and they WILL change as we get more data in on Monday and Tuesday.

WPC snowfall accumulations for the Palmer Divide if everything holds as is today. Again, these will change based on newer data coming in, but it's always good to have a fuzzy idea of what to expect.

A lot of folks have been asking about when this storm actually hits so they can plan for travel. Right now it looks like most of the snow we see is through Wednesday and early Thursday. There may be a few flurries late Tuesday night but we don't expect anything major to go on Tuesday night with the data we are seeing now.

If you are travelling to the East of Colorado; we expect much bigger impacts over Northern Kansas and into Nebraska. If you're driving through those areas be sure to keep an eye on the forecast and be ready to change your route or pull over if things get too hairy.

If you are driving through any of this, please make sure you have a winter survival kit in your car!

We will continue to keep an eye on things... being that it's Christmas Eve, don't expect another update tonight unless something really interesting happens. Otherwise we should have an update Christmas morning, stay tuned!

Merry Christmas from us here at Mountain Wave Weather, we wish you and your family a happy and safe holiday! 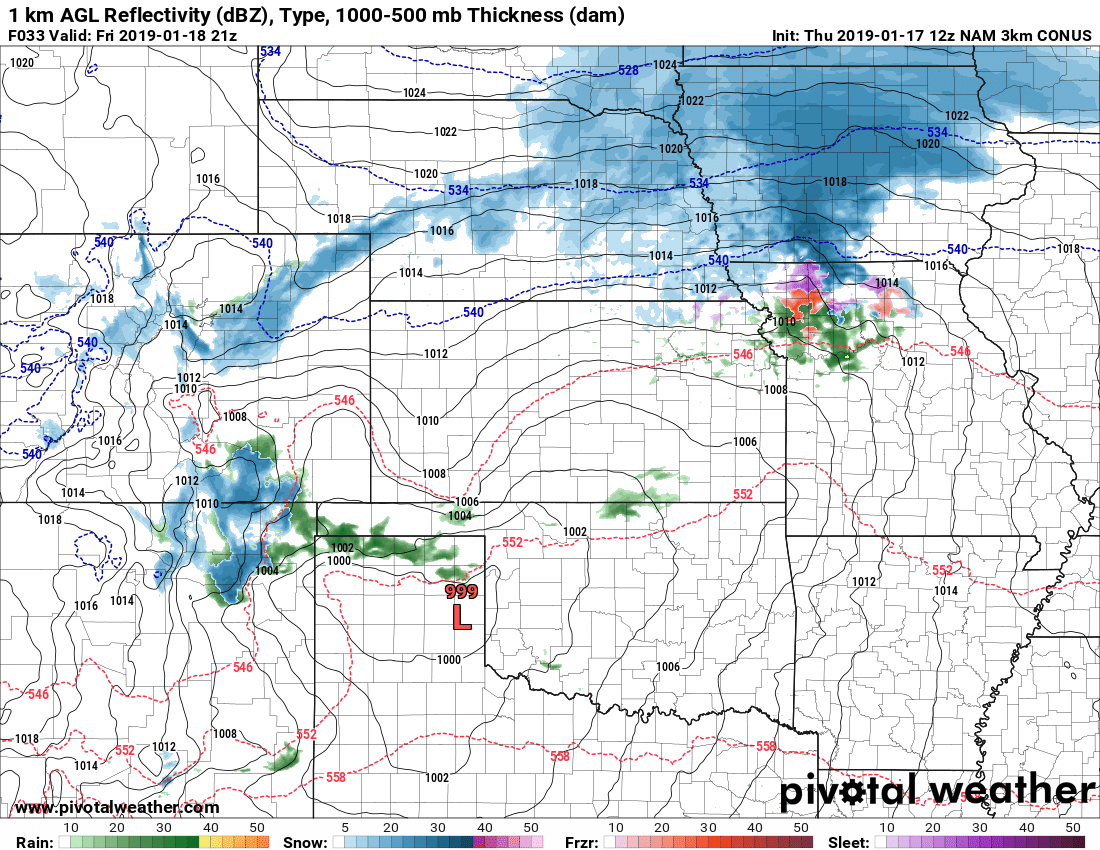 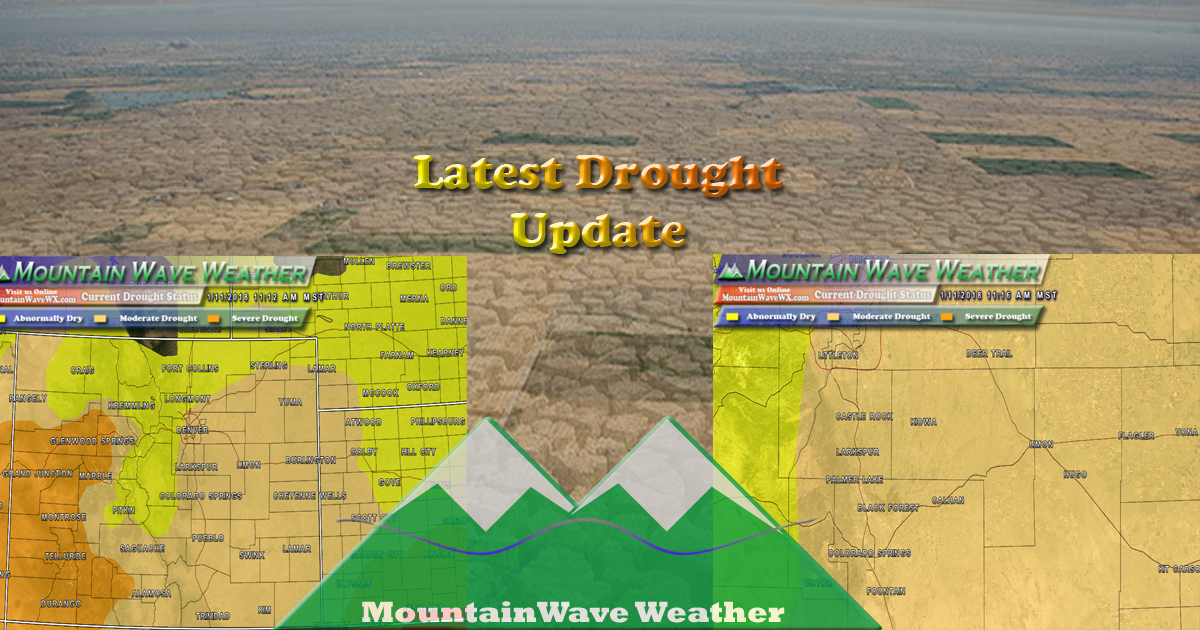 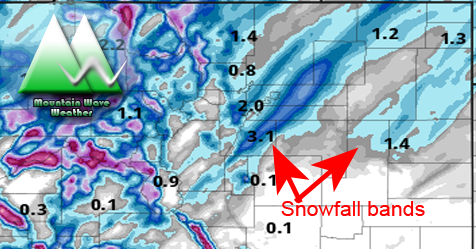 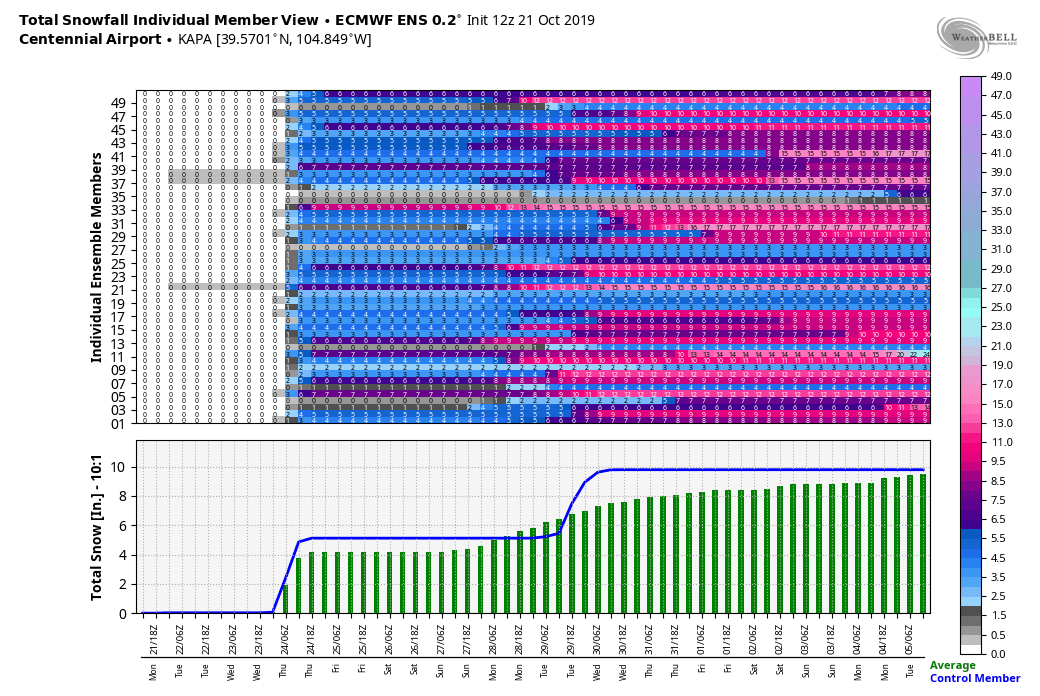