Next Chance for Snow Visits the Area Tonight 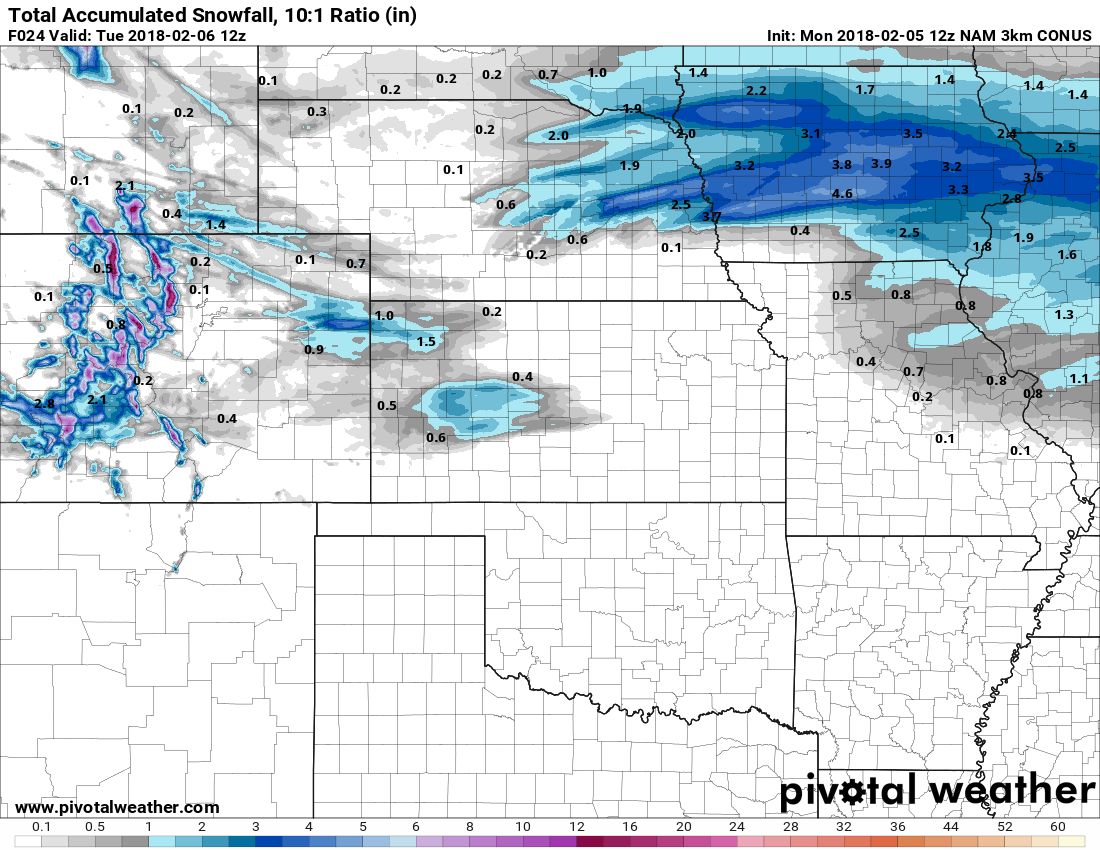 A new storm will begin to impact the area this afternoon and into the evening bringing cooler air and even a bit of moisture to the state. The clear winner here in terms of snowfall will be the mountains, which is great news as they continue to build their snowpack from record low numbers.

For us along the front range, the forecast looks a bit more bleak if hoping for a big snow. This system, like so many others this year moves in from the Northwest and if you've followed us most of this snow season (or longer) you know we don't get super excited about snowfall along the Palmer Divide form storms with this track. Snowfall totals look rather unimpressive for areas East of the divide from this storm.

You'll notice the streaks of snowfall across Northeastern Colorado and the Eastern Plains. This "banded" snowfall is similar to what happened with our last storm, some of those areas could receive a few inches of snow under the heavier bands. This is caused by areas of more intense lift under a strong jet stream.

Jet stream induced snowfall "bands" are a bit of a wildcard when it comes to forecasting, models are good at pointing out if we will see these but not great at pinpointing the areas where they exactly set up. As such, a storm system like this is harder to predict and causes a lot of busted forecasts. Much like that last storm though, the greatest area of lift seems confined to the Northern and Northeastern part of the state. This means it's highly unlikely that a band of heavier snow makes its way down over Castle Rock or the Palmer Divide. Still, we can't rule out the chance of very light snow here and there.

30-40% chance that we see snow in and around the Castle Rock area.

Forecasts call for 0-2 inches, I'm really leaning towards the 0-1 inch with heavier emphasis on less than .5 inches. This storm just doesn't have the setup to produce much snow and I suspect many areas along the Palmer Divide will see no snow accumulation.

Just like the past few storms, we can't rule out freezing fog or drizzle, but chances for this aren't great. Still, be ready for possible icy conditions on the road for Tuesday morning.

Overall, not much to this storm more than a bit of an annoyance. Sadly we don't see a lot of chances for much accumulating snow in our 5-7 day outlook. A few disturbances move through from time to time so hopefully one can set up and surprise us.

Until then, keep praying for snow down here, it's getting very dry! 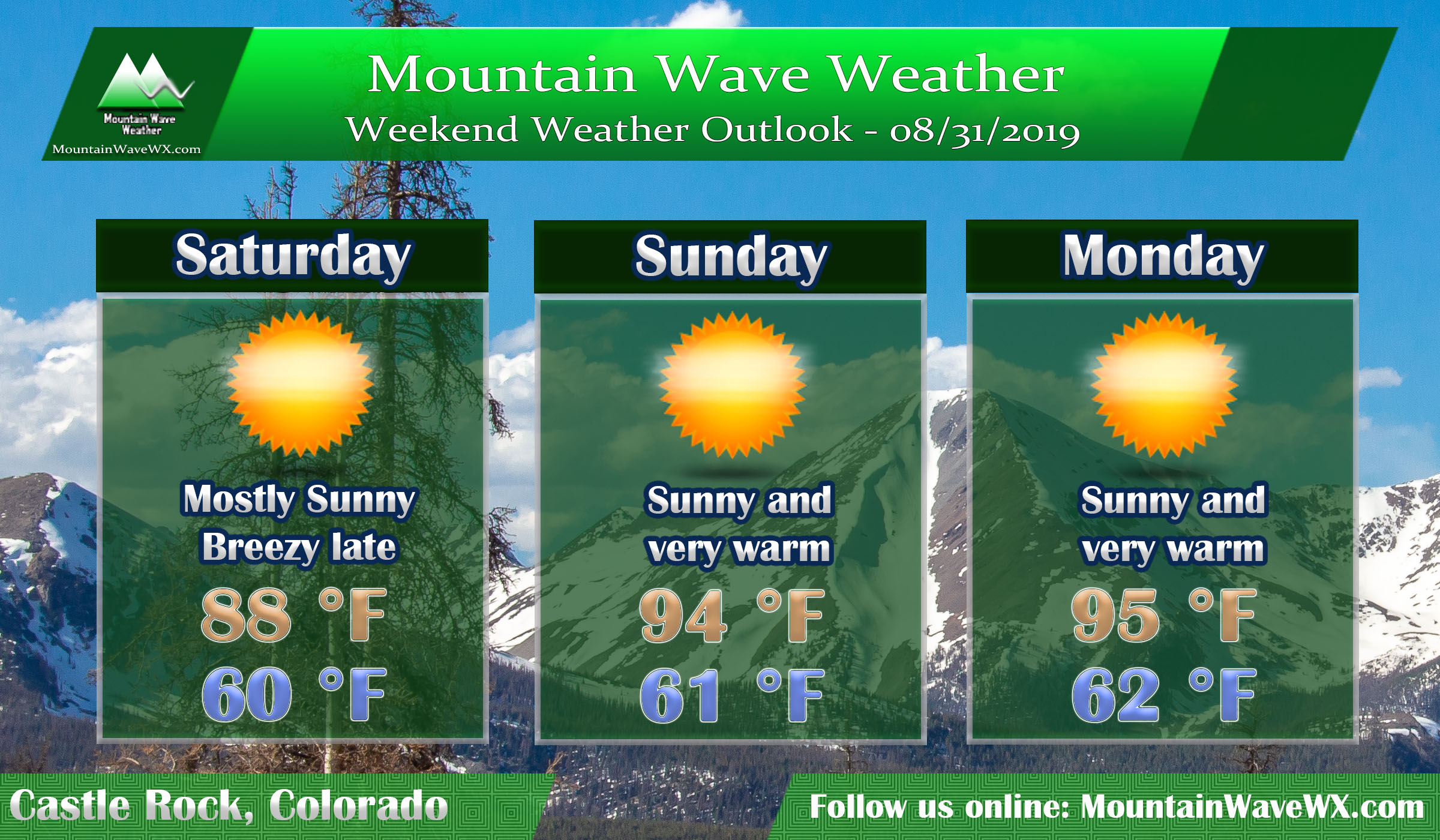 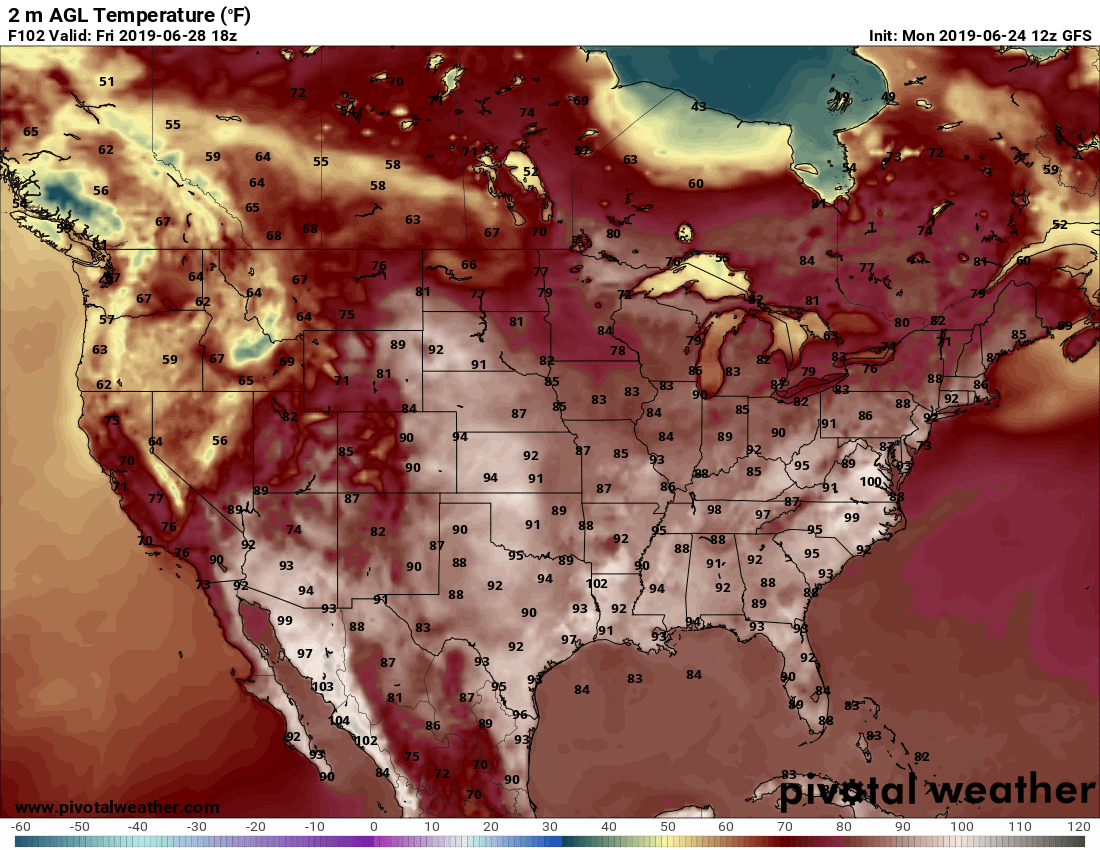