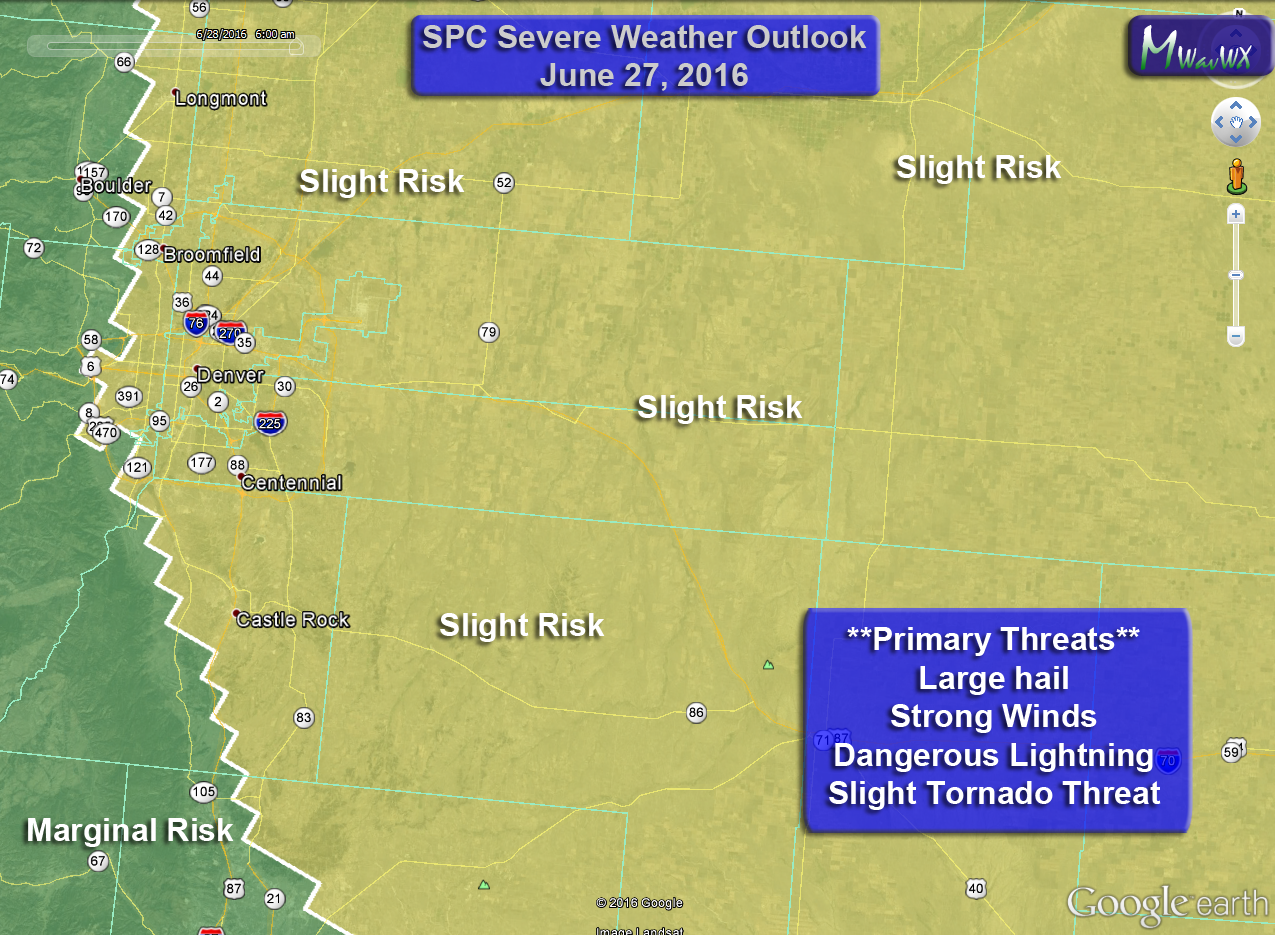 The morning outlooks show a slight risk of severe weather along the front range and plains of Colorado today. A front moving through will shift winds to an Easterly component at the surface with Northwesterly winds aloft in the atmosphere. This will allow for increased moisture through upslope flow and a stronger wind sehar profile conductive to rotating severe storms. With cooling aloft behind the front, instability will be much stronger today as well, so severe weather will be possible.

Much like the past few severe weather days, the storms will be widely scattered so there is only a 30-40% chance any area sees severe weather. Any storms that form have the possibility to be severe but most areas will not see storms. The most favorable environment for storms to become severe is East of Denver but given terrain and flow in the atmosphere I wouldn’t rule out stronger storms over Douglas and El Paso counties through the afternoon:

I am traveling today so won't be watching the radar and warnings as closely. Keep an eye on the sky and local weather reports. 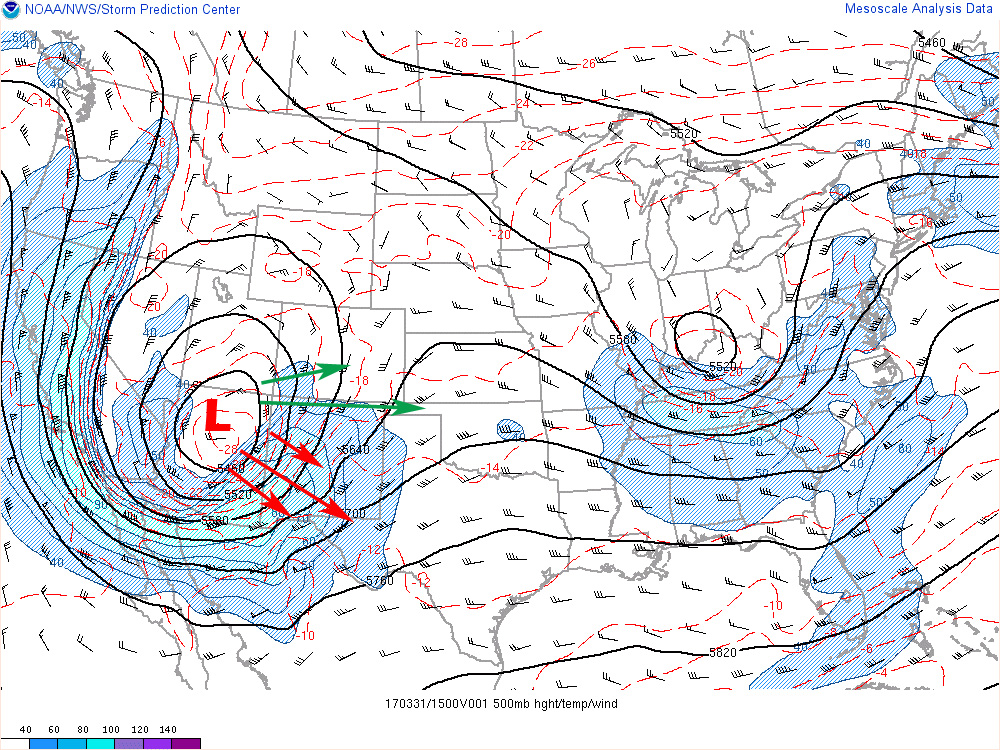 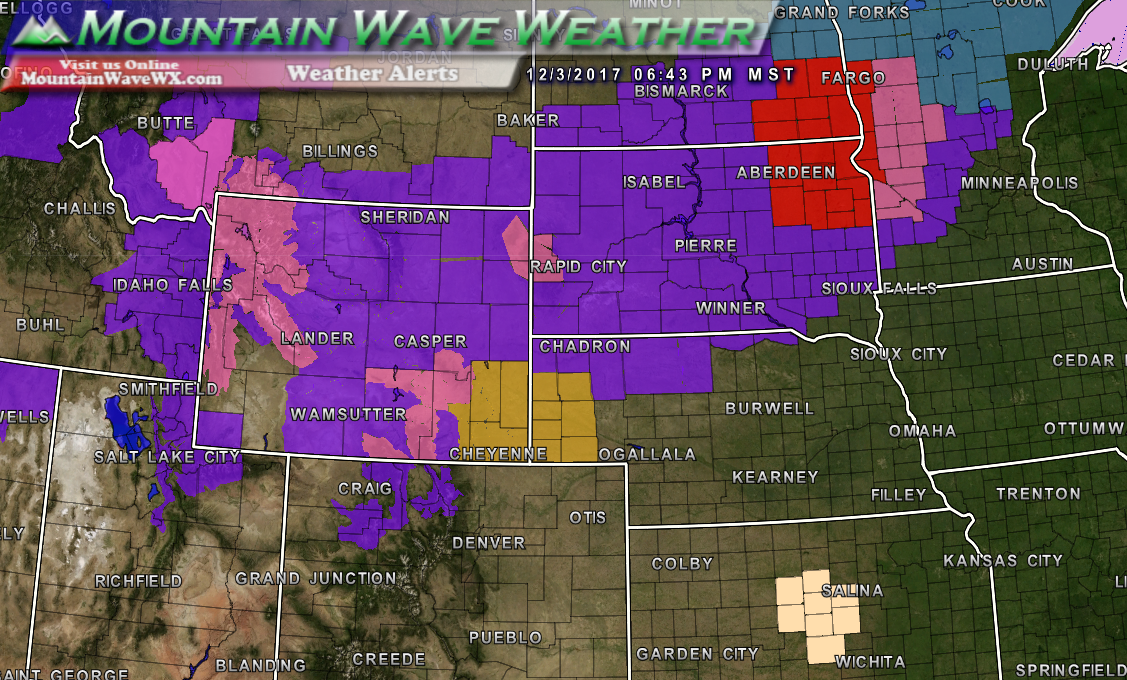 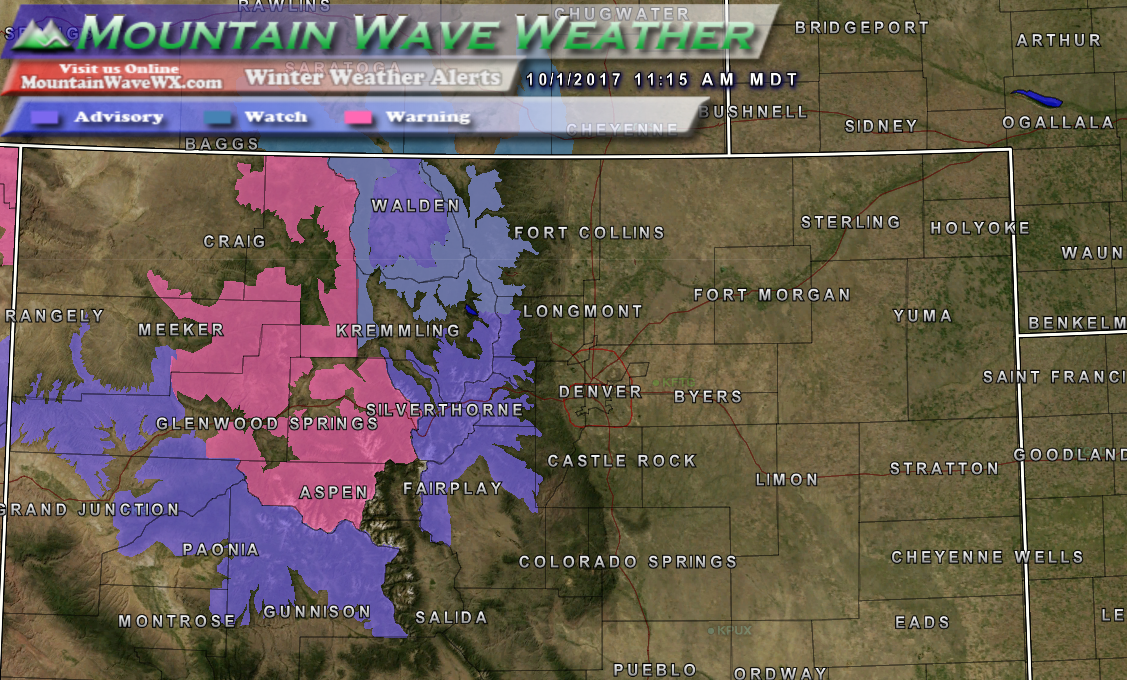 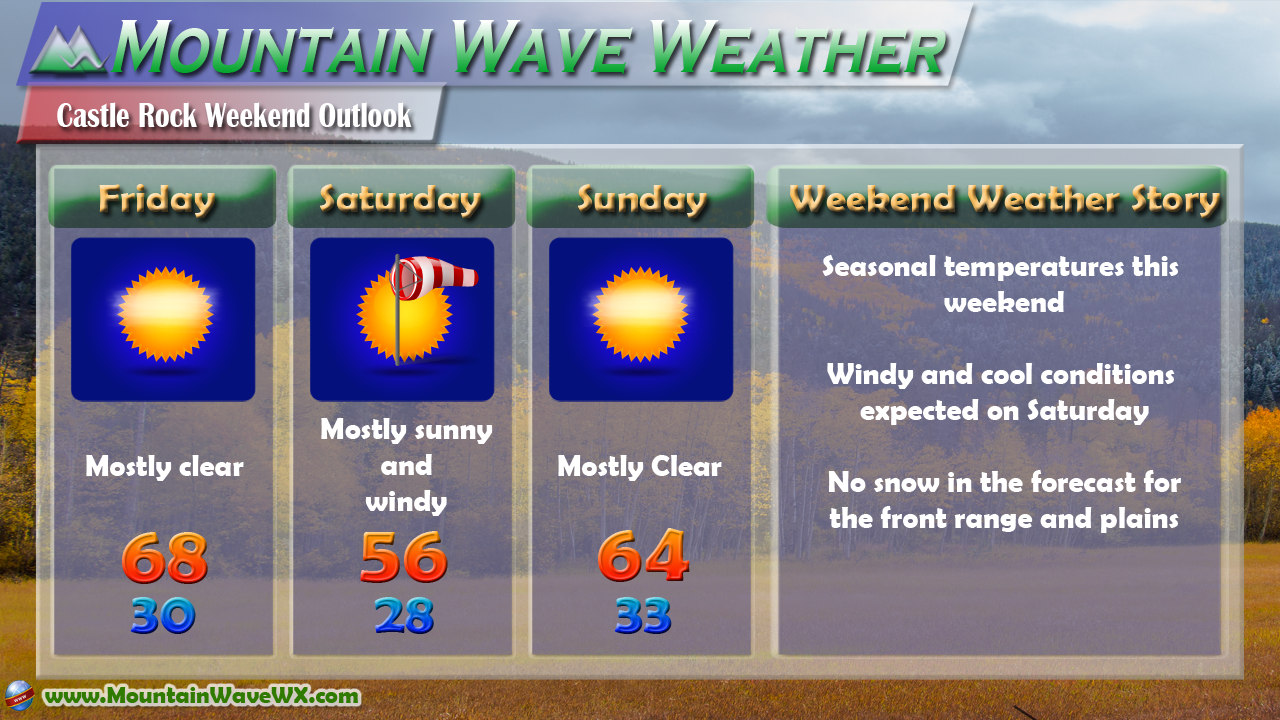