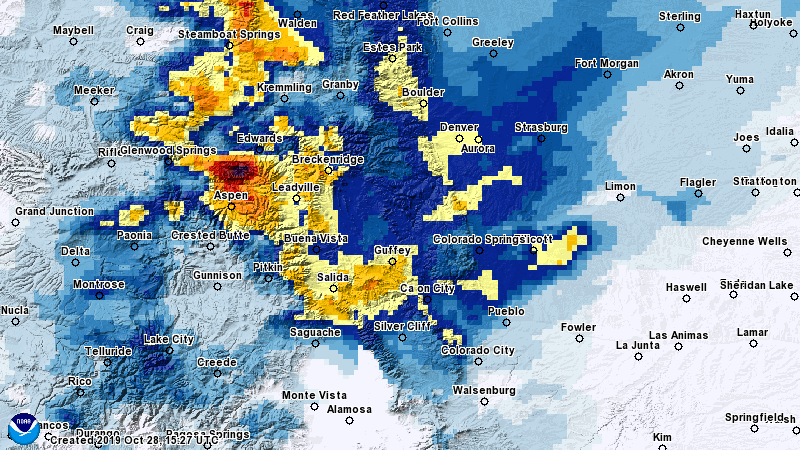 Another snow storm in the books in what is quickly becoming a notably cold and active October along the front range. This storm behaved relatively as expected, but due to the snowfall banding areas within just a few miles of each other saw drastically different snowfall amounts. That's mainly why we emphasize ranges over pinpoint numbers because when you get events like this most will fall in those ranges with a few falling outside here and there. 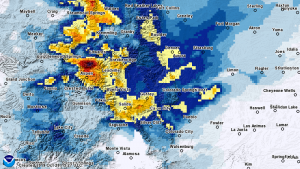 Elizabeth amount is from nearest reporting station. It may be changed when better data comes in, not included in counts below.
As of 10AM no stations reported near Larkspur.

Another system is through and the forecast turned out pretty well for the most part. There were some specific areas near the reporting stations that may have seen significant differences from the numbers above. Unfortunately, with snow band storms like this we don't have the ability to forecast down to the detail needed to account for things like that. If I could do that I'd probably be in line for a nobel prize!

For the most part though, folks ended up within or close to our forecast range. The cool thing to notice is a lot of places fell within our range for 12-24 hour and 24-48 hour ranges which makes me happy because it means the forecast stayed consistent and ultimately turned out pretty well!

Turning focus to the next storm moving in on Tuesday and looks like it could be a doozy. Should have an update on that posted on my website shortly so stay tuned! 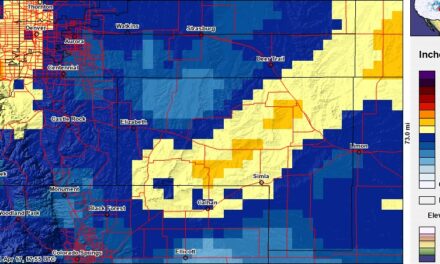